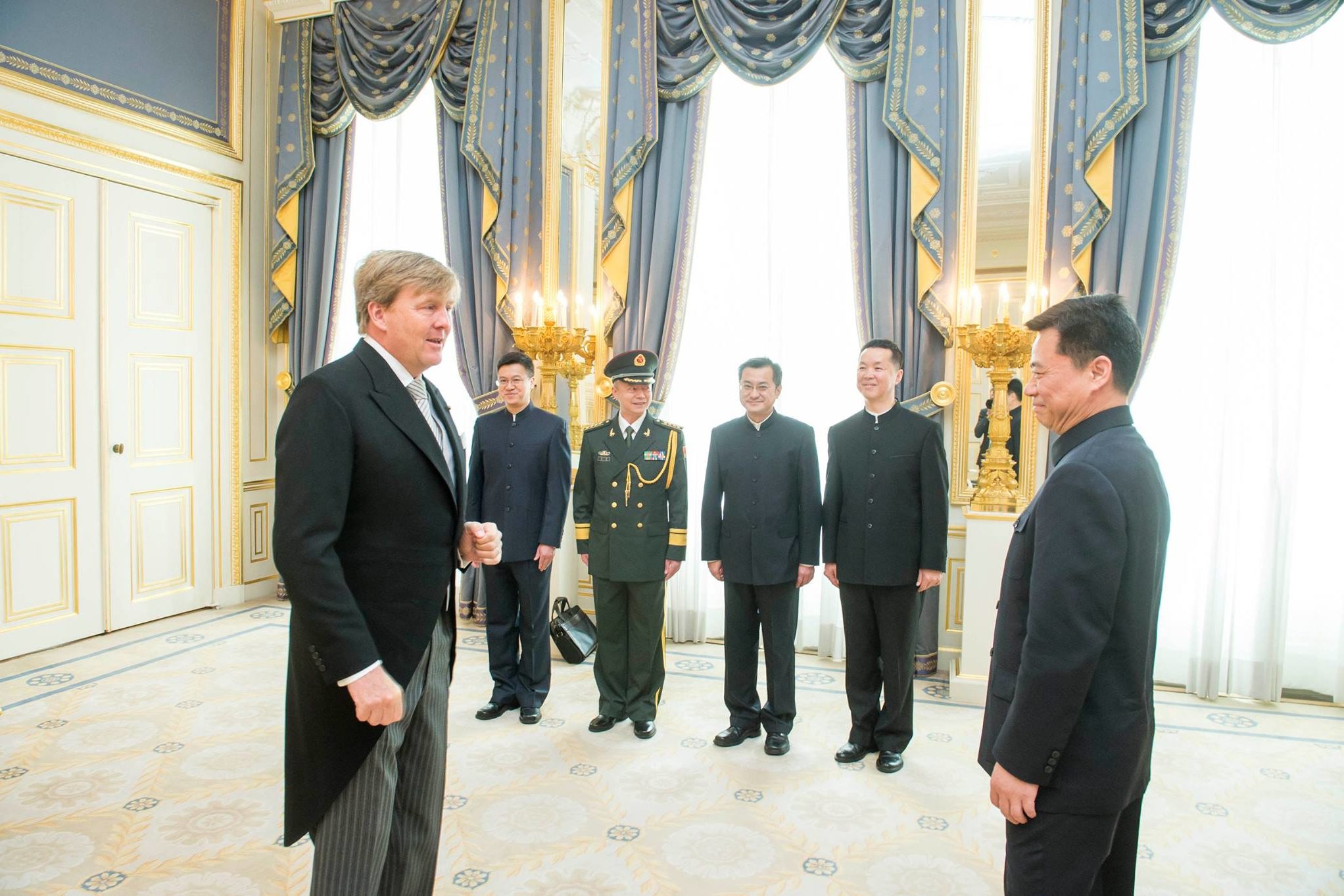 On 11 May 2016, H.E. Mr. WU Ken, newly accredited Ambassador of the People’s Republic of China to the Kingdom of the Netherlands presented letter of credence to H.M.King Willem-Alexander in The Hague.

At 9:00, Ambassador WU Ken and staffs of the Embassy went to the Noordeinde Palace by Royal horse carriages accompanied by Chamberlain to H.M. the King. Upon arrival, Dutch Military Band drummed welcome to Ambassador and played the National Anthem of the P.R.China, then Ambassador reviewed the Military Band and Guard of Honour. After the ceremony, Ambassador WU Ken presented the letter of credence to H.M. King Willem-Alexander and they made a cordial and friendly conversation.

Ambassador WU Ken arrived in the Netherlands on 8 May and presented the copy of the credentials to Director of Protocol Department of the Ministry of Foreign Affairs on 9 May.