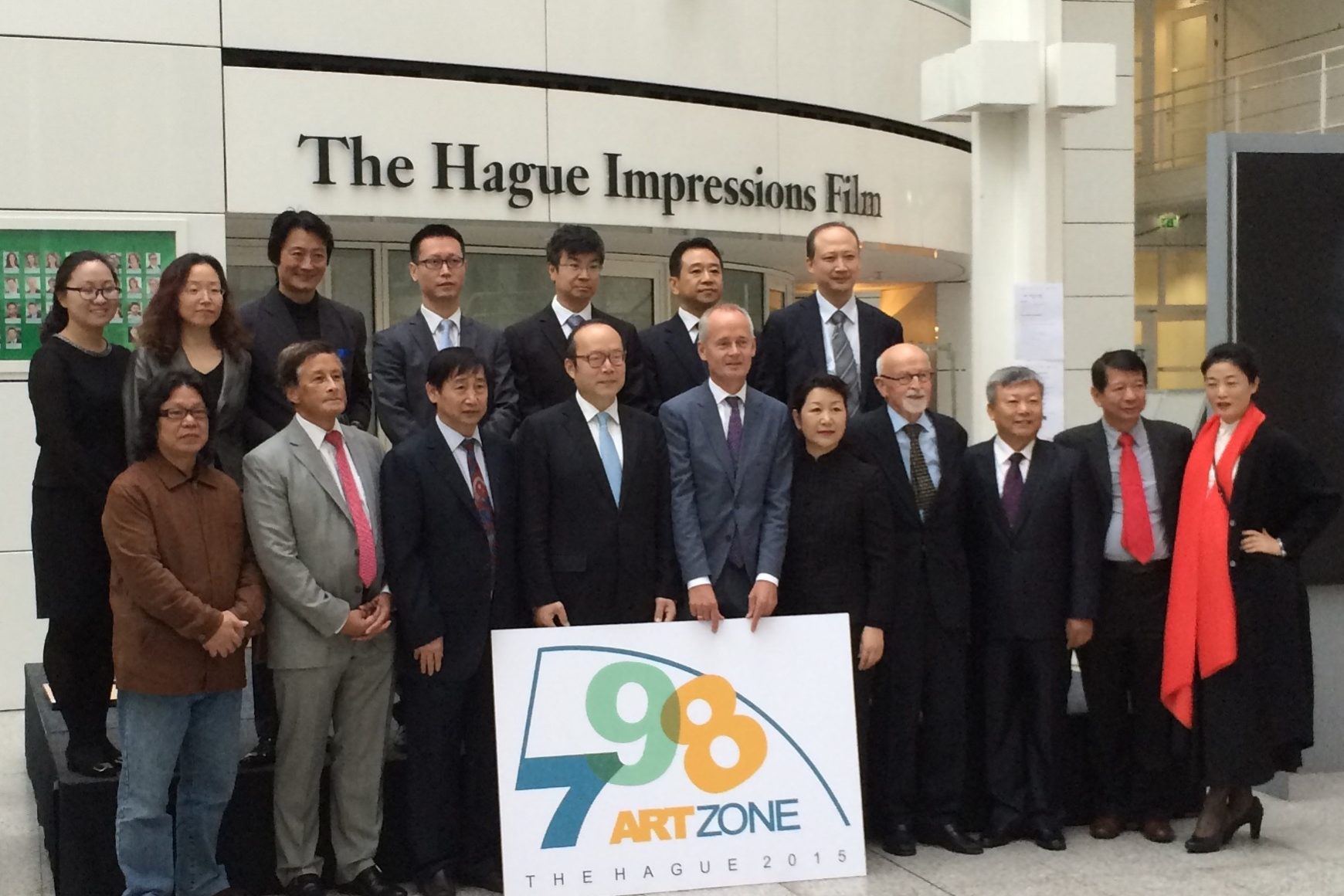 by Yang Xia Long, Director Culture of the Chinese Embassy in the Netherlands

‘Thinking on Sino-Dutch Cultural Exchange, a personal view’ by Yang Xia Long, Director Culture of the Chinese Embassy in the Netherlands

I am very glad to attend Art Forum in advance of the opening of China Cultural Festival in Den Haag. We Chinese often say “Sit Down and talk the Dao” and “Stand up and take action”, which actually mean the highly unification of theory exploring and practical actions. Art Forum is art dialog, which help us to explore the Dao of art exchange together; and cultural festival is art practice, which enable us put “the Dao of art” into the practice of bilateral cultural exchange, thus to further the diplomatic relationship and people’s friendship. Therefore, I personally think these are the objectives and meanings of this Art Forum we held before the cultural festival.

China and the Netherlands share a long history of cultural exchange. The well-known marine Silk Road 400 years ago is not only a road in physical concept, but also a road both in economy and culture. Tea, China (porcelain), and Tulip, and Deft Blue, are more than concept of products, they are more like cultural icons of each countries. In recent years, the cultural relationship between two countries has been further developed. We jointly open a new cooperation space namely Cultural Creative Industry while traditional cultural exchange like performance and exhibition are continuously developing. According to incomplete statistic, there are total 145 cultural exchange projects in 2014, increasing 45% again the former year, in which there are 35 performances, 45 exhibitions and 10 film showing events. It was also in last year, during our president Mr. Xi Jinping’s visiting to the Netherlands, that two very important MOUs were signed namely cultural cooperation 2014-2017 and the establishment of China Cultural Center in the Netherlands. We have strong reasons to believe that our tomorrow of cultural exchange will be better.

Great achievements we have already made, however, we know we still need work hard. Judged by my working experience, I strongly feel the following critic issues, the Netherlands has the policy principle, “arm’s length”, which takes the rationale that every cultural institute does his international responsibility as granted，hence, there are lots “self-made” or even wildcat cultural exchange projects from the Dutch side, furthermore, Dutch cultural exchange projects sometimes pay more attention to “commercial value” than the real meaning of cultural exchange. While from China side, it is another scenario, although China authority advocates “government guiding pattern “instead of “government leading pattern” (but often does), many cultural institutes in China lack the motivation (a big market and audience group in China) and ability (language barrier, and not familiar to international rules) to go abroad, therefore, there are considerable amount of cultural projects commissioned by the Government, and in many times they are exchanges for exchange’s sake, in a words, Chinese art projects are not good at using the visible and powerful hands of the market. As a matter of facts, China is one of the priority countries of international cultural exchange of the Netherlands, both countries stress the importance of cultural creative industry, there are kinds of possibilities we can do cultural cooperation, for example, the complementary competition and cooperative development of “Dutch Design” and “China Made”, and China can learn mature market experience from the Netherlands and to promote “Go-abroad” of Chinese culture through “European Portal”, etc. However, due to bilateral differences in system and mechanism, and cultural customs and operational models, the pipes of cultural exchange between two countries cannot connect seamlessly, we have to do projects in our own familiar circle. What a pity the beautiful good-wills cannot be thoroughly transformed into concrete projects, international cultural exchange in national level cannot be made reality due to the lack of concrete cultural institute, while occasional cooperation between cultural institutes can hardly represent the will of the nations.

To deal with these objective situations, practical difficulties and working deficiencies, I think we can improve from the following aspects:

This is my shallow review and superficial thinking on Sino-Dutch cultural exchange, which must have many mistakes and ignorance. I sincerely welcome your criticize and correction.

Thanks for your attention.