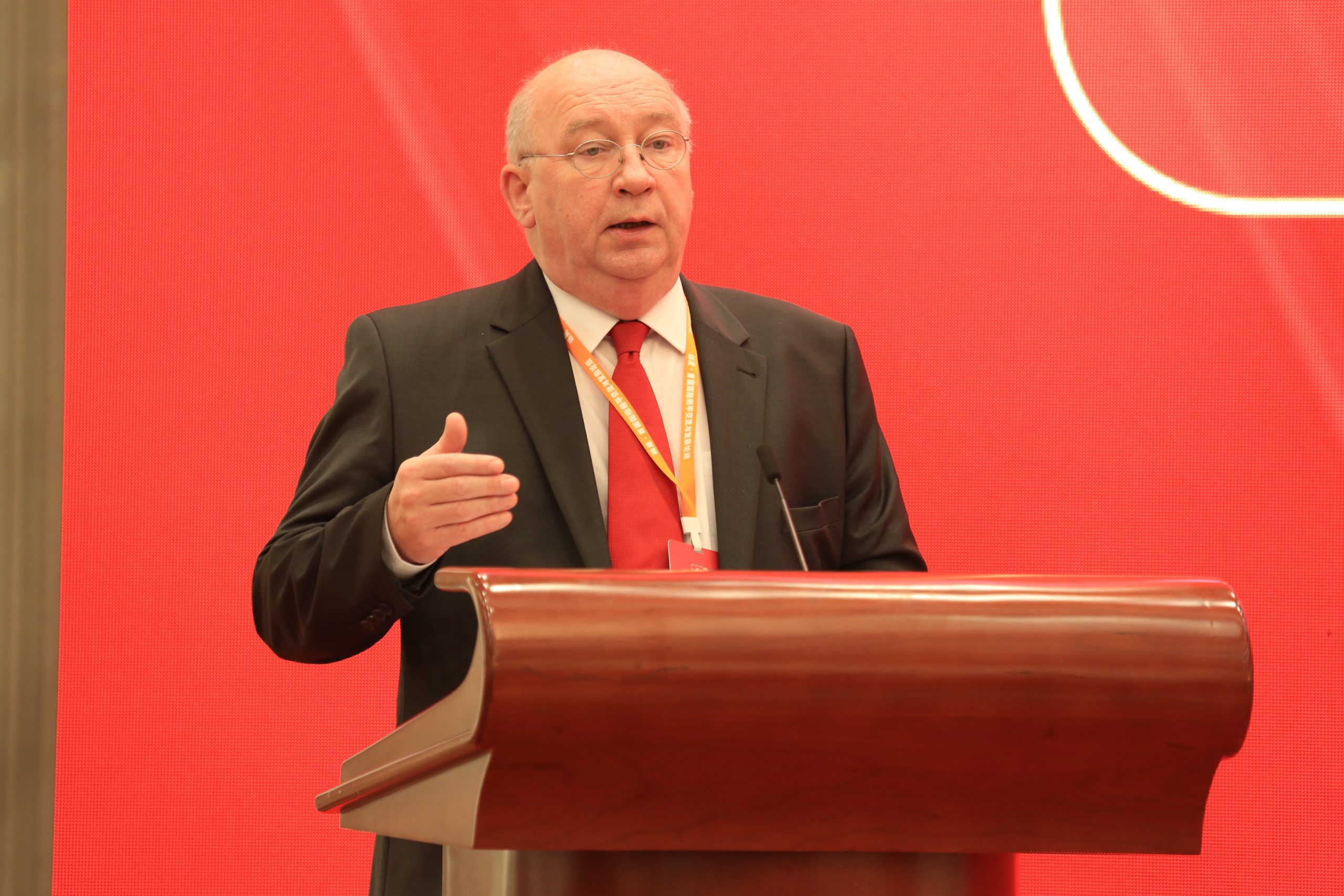 Every disadvantage has its advantage.

First of all I want to congratulate the organizers of this meeting on this conference and thank them for the invitation to be present and to be able to say something.

I myself come from The Hague, the international city of Peace and Justice. Many international institutions such as the Peace Palace and the International Court of Justice are located in my city. With New York and Vienna we are the city where most of the United Nations institutes are located. You can imagine that the subject of this conference really appeals to me. As an vice- mayor in my city The Hague, between 2006 and 2014, I was responsible for the economy, employment and social affairs for eight years.

In addition, I was responsible for international acquisition.

In the coming year we will celebrate 75 years of peace in the Netherlands. That means that after the Second World War in the Netherlands we have not known any war. An entire generation has been able to live in peace. An unprecedented opulence that is unfortunately not sufficiently appreciated by some. Because peace is not something that goes without saying. You need to work permanently and constantly on peace.

Nice big words, but how do you do that?

In Europe, cooperation between the countries was worked on after the Second World War. It started with the European Coal and Steel Community. The ECSC was established by the Treaty of Paris, signed in 1951, six years after the end of the war. The six founding countries were France, West Germany and Italy and the three countries of the Benelux (Belgium, the Netherlands and Luxembourg). The idea behind this was to make wars between the enemies France and Germany materially impossible by

placing the entire Franco-German production of coal and steel under a common High Authority. This organization had to be open to other European countries that wanted to participate alongside France and West Germany. The European Union finally emerged from the European Coal and Steel Community, and thus 75 years of peace. So we learn from history that cooperation, or rather economic cooperation, helps to prevent wars and to keep peace.

But we are not there yet.

countless examples of conflicts that can be traced back to this. In Europe we have major problems with Turkey about the refugee issue and IS fighters. Great Britain wants to step out of the European Union and a battle is raging in Spain over Catalonia’s independence. But controversy also plays a role here in China. The South China Sea, Taiwan, Hong Kong are issues that are thought differently internationally. But I want to quote the positive things in my story and therefore do not elaborate on this. I prefer to look at the positive development in the world. Because although it is not all rose scent and moonshine, very good things happen. Just take the unprecedented economic and technical development that has taken place here in China over the past 35 years and has lifted tens of millions of people out of poverty.

The Belt and Road initiative of Xi Jingping that connects more than 40 countries and will ultimately improve trade between East and West.

We need each other: the East and the West. We are only on the threshold of the digital age

worldwide. This creates opportunities but also brings threats that we are not yet aware of.
The problems with cyber-security for instance are already immense and a threat to our well- being. That is also why global unity is necessary.

As you know, I am the chairman of the Netherlands China Friendship Association (VNC) and we try to foster mutual understanding through mutual exchange programs with young people, cultural exchanges, organizing exhibitions and holding film festivals. Every year we organize the Chinese New Year celebration in my city The Hague, which attracts thousands of people every year. They are small things, but very important in our eyes. I think that student and youth exchanges between different countries, between East and West, are particularly important. Fortunately, a lot is happening in this area and many Chinese students have found their way to our universities.

Apart from all kinds of conflicts that are still affecting our world today, I believe there is an all-dominating problem that actually requires everyone’s attention.

This problem demands the utmost of our technical abilities and requires international cooperation that has never been seen before. I am, of course, talking about climate and global warming that have threatened our entire survival. To quote a well-known saying from our world- famous footballer Johan Cruijff that every disadvantage has its advantage, I would like to say that this common enemy, the climate, should unite of all countries in the world. Together we should look for solutions for melting the ice sheet, discussing CO2 emissions and looking for environmentally friendly sustainable solutions and alternative energy sources. This common challenge may well be the salvation of our world and therefore of humanity. Ladies and gentlemen, as we have said, we need lasting peace, respect for each other’s views, international economic cooperation and cultural and educational exchanges. And then again:

successful results in the past offer no guarantee for the future.
I want to conclude with the wise words of Sun Tzu who wrote the book the art of warfare 2500 years ago.

According to Sun Tzu, the aim of the art of waging war is to win without a fight. So the very best general is not the one who can fight excellently, but the one who knows how to prevent physical combat.

I thank you for your attention.